• The Black Tux, a Santa Monica, Calif.-based suit and tuxedo rental company, has raised $25 million in Series B funding. Stripes Group led the round, and was joined by return backers First Round Capital and Menlo Ventures.www.theblacktux.com

• Lesara, a Berlin-based online fashion and lifestyle retailer, has raised E15 million in new VC finding. Northzone led the round, and was joined by Vorwerk Ventures and return backer Mangrove Capital. Read more.

• GrubMarket, a San Francisco-based delivery service for locally-sourced organic foods, has raised just over $10 million in new VC funding, according to a regulatory filing. Fosun Group was joined by return backers like GGV Capital.www.grubmarket.com

• Lalamove, a China-based on-demand delivery van service, has raised $10 million in new VC funding. MIndWorks Ventures led the round, and was joined by AppWorks and Crystal Stream. Read more.

Crunchbase, a San Francisco-based provider of startup data, is in the process of raising upwards of $7 million to spin out from AOL, according to TechCrunch.Emergence Capital Partners is leading the deal, after which AOL would remain a “significant” investor. Read more. 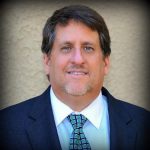 Join me on LinkedIN:  http://www.linkedin.com/in/jdmorris

Learn more about JDM Biography on LinkedIn: http://www.linkedin.com/in/jdmorris View all posts by JDM

This site uses Akismet to reduce spam. Learn how your comment data is processed.